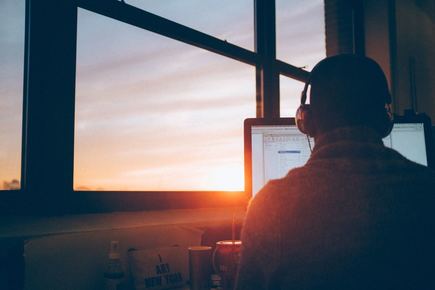 Why the hack did I chose Weebly?

Choosing a content management system for generating an e-portfolio, in my case, was a hard road. It was recommended during the course, that you try out different content management systems to decide on which suits you best. That is exactly what I have done. During this process, I became aware that none of them is specialized in e-portfolios. That was a small let-down. Therefore, one has to decide between content management systems which are designed for generating blogs or for generating web-pages. After a breve reflection, I decided to try out different platforms, which involved registering. Once registered, the next difficulty appeared. - I got stuck. I hoped they were self-explaining, which, in my opinion, was not the case. When I became intuitively * aware that with certain systems I will get nowhere, arose the nuisance that you have to get rid off your futile attempts on these systems and that you have to terminate your recently generated registration. Continuing this unnerving process was not an option. It was inevitable to find a new strategy. That took a day of reflection. Then, it suddenly dawned on me. - It would be easier to have a look at the tutorials first for deciding on a certain management system. Because of the well made introductory tutorial made by one of the professionals of Weebly, I decided to register here.

Setting up the page

When working through the tutorials for Weebly, I was already reflecting on how to set up the page. It was a "nice" disappointment, after getting started, to learn that the template on which I would have based the design of this page ceased to exit. Therefore, I had to start reflecting again. I wanted to add to the not anymore existing bicycle template the following theme "Education involves constant winding. If you stop, you will get nowhere." Then, I had to come up with something new; yesterday at its best (tic-toc, tic-toc ...).

Since I decided that the contents of the side should be kind to one's eyes, I had to ponder on the corporate design of this page. From a former job, I knew that applying blue letters to a white background is legible and not to injurious to they eyes.  Then I had to come up with a color for the titles; at best a complementary color. Due to the latter I choose orange. I thought that it might be useful as well to chose a color to make something stand out; I choose red  in that matter. It was a pity that none of the standard colors' light-intensities  served my purpose. So I chose my colors from the color beam with following values:

Titles (#ed680e)      Text (#0521fa)      Highlights1 (#f60606)      Highlights2 (#0b4707)
Very rarely something good happens. The background color appeared by coincidence. Its color value is #ada1a.  (It does not make any sense here to actually indicate the value in its color. It would not be legible anymore). I decided as well that highlights and titles will be typed in bold letters.

There must be kind of a bug when choosing the color after marking the corresponding part of the text. The chosen color will often not be applied to the marked text. I learned that there is a remedy: copy-paste some text written in the desired color and replace the text. By the way, I hope that the indicated color values above will appear centered within the page. I found out that it has be done manually using the space bar of the keyboard and for aligning it correctly a ruler needs to be applied to monitor. The center-function for the text alignment effects an entire text-field. Welcome back to the '80s. If I want to print out something: Do I need to get myself a dot-matrix printer with continuous paper ;-)? I hope that I will come across a solution for that sometime later.

I tried to personalize this page here by modifying the theme(s) and the buttons which opens the sub-pages. I made a night of it trying to change the template and the insipid way the buttons are displayed above. I should have consulted Weebly's community instead of fumbling with the system. Modifying the theme implies skillful CSS- and html programming. The design of the sub-pages' buttons is determined by the selected template. In the future I will refrain from fumbling with the system, without consulting the manual or the help pages. As well I will stop trying earlier for the sake of meeting the deadline determined for this e-portfolio. One has to take into consideration that Weebly is a content management system which performs according to its designated purpose. I had the idea of establishing links between technical terms, used within the plain text, and its definition somewhere else in the page. Latter means buying the anchor app or getting a Premium account. That is how it is done: First you are duped into registering for free, then they will con money out of you for items that consist of zeros and ones and should be free for non commercial use. Reminds me of those "Free-to-play games", where you have to buy items to reach the next level. Nice marketing strategy. The player already spent much time and effort on the game, that he is more willing to spent money for gaining access to the next level. Even though I wish to design this e-portfolio in a different style, I have to abide by its stipulations. Sometimes I will have to put my desires for a better design down.
​
Hence, some parts of the lay-out of this e-portfolio are beyond my influence.

For the reasons stated on the main page I tried to regain at least a bit of my privacy. This time I consulted the help pages first, because on the learning progress made in the chapter beyond my influence.  There, I learned that creating a log-in system to my e-portfolio, in order to grant access only to ProPIC members, requires a paid account. The only way to get around it, involves not publishing the page anyway. Hence, I decided to publish this page only at evaluation time.

Since the mayor set-up of the page could be deemed as completed, from now on I will describe the continuous evolution of this page in this section.
One difficulty already came up. For maintaining the corporate design, I tried to change the template of the sub-page More/Tutorial, which was automatically selected. It does not change. Fortunately, I learned to let go. I will try later again. If there is no remedy I have to live with it.

I tried again to change the template of the sub-page More/Tutorial. It did not work again. I do not love it, therefore I leave it. I seems that there some restrictions on using the same template twice.

Another issue which is nagging me on regular basis is changing the color of the text, which entails marking the respective text or words, hitting the change color button "A", selecting the desired color. Very often nothing happens. I found a solution for it.  This solution includes copying and pasting text from other parts of the e-portfolio, which offers already the desired format.

Yesterday, I became irritated by the "include picture function". According to Weebly's manual which should enable the option to include pictures in the midst of a text field with the text circulation. It worked in the case of slide no. 25. Weebly somehow insists on creating a separate frame underneath the respective text creating the impression that the picture is not connected to the text above.

I came across another issue when generating the sub-page "RESEARCH PROJECT". Displaying footnotes, i.e. working scientifically correct requires a surcharge similar to he "Free-to-play games" example. Therefore, footnotes will not appear in this sub-page. All I could offer is a bibliography at the end or looking for muldimodal forms which already supply reverences.

According to the font colors, I came across the issue that applying a color twice for successive paragraphs does not work out well. A possible solution is to select a random color first, to mark the text again and finally select the intended color.

I found a solution for the above mentioned problem with template in the sub-page More/Tutorial. I have to admit that its was by accident as well. I reconsidered that it did not make much sense to treat the tutorials isolated from the other parts of the Study Course I and the Study week. All three parts are too much interconnected which each other to treat the separately.

Despite these unnerving and recurring incidents a content management system facilitates the creation of one's own homepage or e-portfolio. In particular, if time is an issue. But I value my independency and privacy too much. Shall appear some day, in the far future, the wish to create a permanent web presence, I would prefer to learn to program them in html+java or even better in php code. I am going to ask my two "nerds" (of course I mean experts), which on would be easier to learn or which type is more efficient and effective. And why the hack is this not being offered by the "Rechenzentrum" of our University?